How does the revised classic fare in the test? 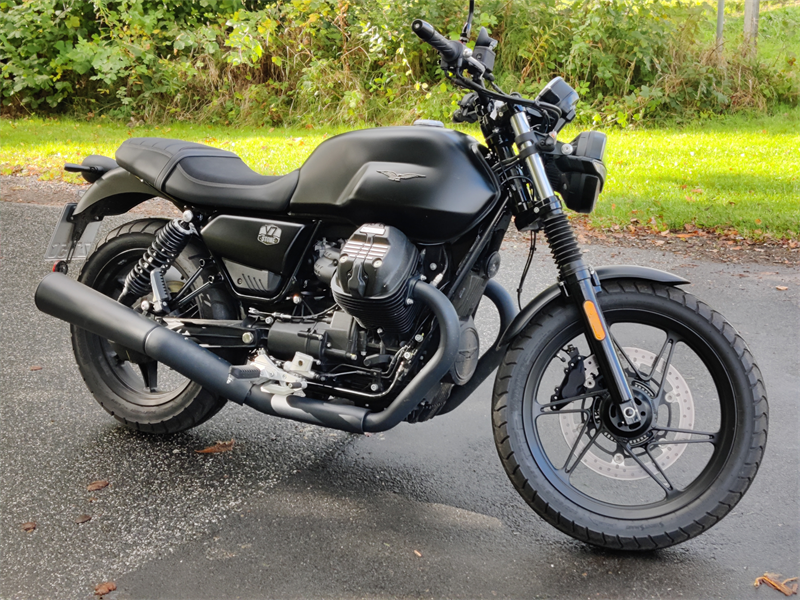 Photos: motorradtest.de
For its 100th birthday, Moto Guzzi has revised the V7. Compared to the rather unsuccessful V7 III, the fourth generation of this legendary motorcycle has received more power and many detail improvements. We swe into the saddle and shooed the raven-black "Stone" variant over the country road.

You can argue about taste. With the V7 850, however, our testers Volker and Dietmar quickly agree: We like the V7 "Special" with its spoke wheels and a lot of chrome better. At 10,300 euros, however, it is also significantly more expensive than the "Stone" we tested, for which 9,100 euros are due. This has cast rims and almost all parts are painted black here. The Stone is also available in orange and blue, with only the tank and the fender at the front painted in the respective color - everything else is also quite dark here. 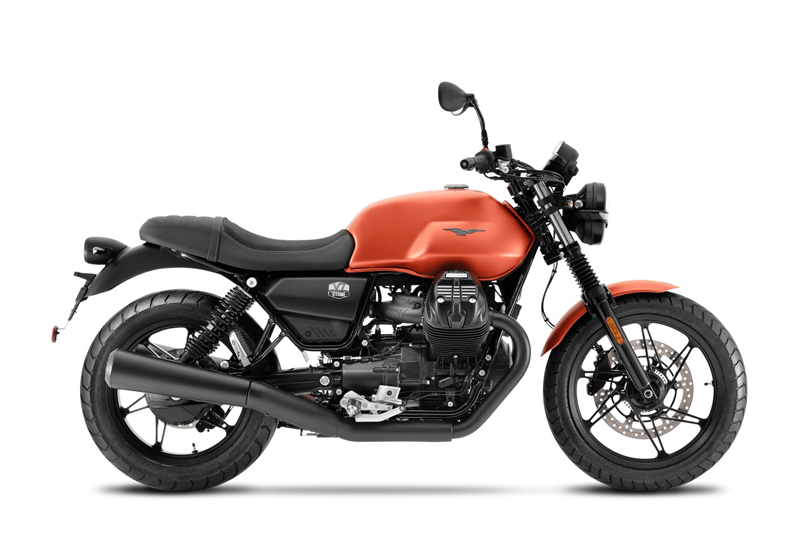 Photo: Moto Guzzi (factory)
Compared to its predecessor, the new V7 has received a fat 25 percent more power. Engine, transmission and powertrain were taken from the successful V85TT. In the V7, however, the 90 degree V2 only delivers 65 hp instead of 80 hp. This reduction is due to the fact that Moto Guzzi wanted to leave it at the single disc and the classic double loop frame. If you had taken over the 80 hp from the V85, you would have had to range here - and that would probably have driven the price significantly upwards.
In this respect, the new Guzzi is also comparable in character to its predecessor. It is still a motorcycle for the enjoyable rider, which means: Nothing for heaters! Although the new one is more noticeable, but more on that later. 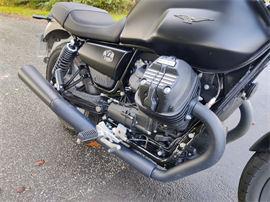 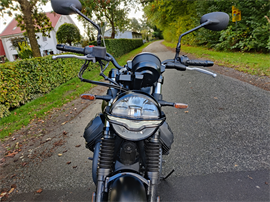 From a technical point of view, the new V7 is also a simple motorcycle: conventional, non-adjustable telescopic fork at the front, except for traction control no driving aids or other bells and whistles. In this respect, it is absolutely incomprehensible from our point of view why an LCD cockpit is used here!? Okay, the V7 Stone can be paired with the mobile phone, but does anyone from the target group of this motorcycle want that at all?

The lighting comes (in contrast to the V7 Special) completely in LED incl. turn signals. Also a daytime running light, of course in eagle optics, is included. Looks already chic and from the comments of our test video we know: Many people like this style.

The longitudinally installed V2 shakes itself dutifully at the start and then rumbles nicely in front of it. Even when blindfolded you can feel: I'm sitting on a Guzzi! The sitting position is casually upright. The low seat height also suits smaller people and the V7 850 is also easy to manoeuvre - a good thing. 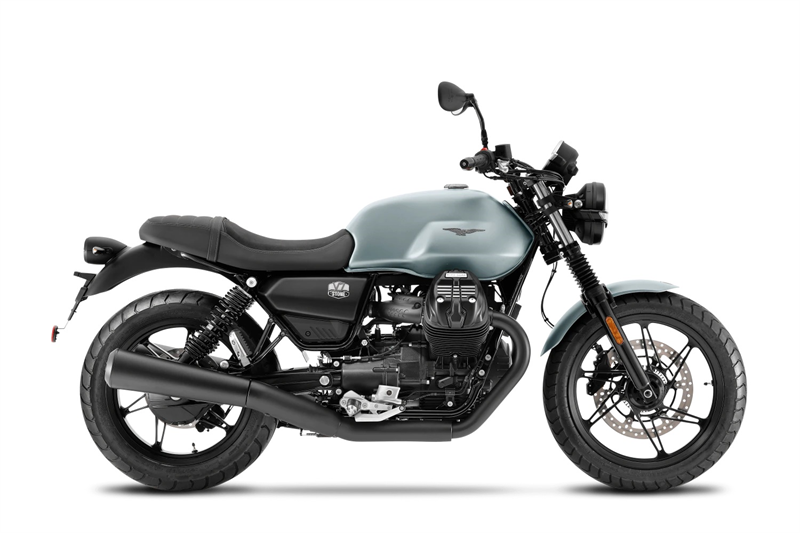 Then let's take a spin. After the V2 has shaken out, it turns quite willingly upwards - at least noticeably more agile than the 52 hp engine from the V7 III. You notice the additional power immediately and surprisingly clearly. But that's not to say that it's terribly sporty. Because the preferred profession of the V7 is rather the leisurely cruising. What has unfortunately not changed is the factory terribly large game of throttle grip. It is best to have it corrected by the dealer right away, because that annoys something in the long run.

The V7 is light and easy to drive, but still has the typical Guzzi character. You can hear and feel the engine at all times, just as it should be with this bike. The transmission is nice and soft and can be shifted precisely. The frame has been reinforced on the V7 IV and you can feel that too. Where the V7 III was still a bit indifferent and jetted through the curve, the V7 Stone remains precise. Even on uneven ground, the chassis does not immediately begin to wobble, as was the case in the past.

Well done, Moto Guzzi! The new V7 was touched in the right places. More power and more stability make the V8 850 the better Guzzi. Nevertheless, it has retained its character, which should please the potential target group.

You can argue about the design, as I said we like the Special better, but also the Stone makes a visual appearance. She is immediately recognizable as guzzi and we would not opt for the black version, but for the one in blue - the black one makes us visually too much on "evil" - and it just isn't.