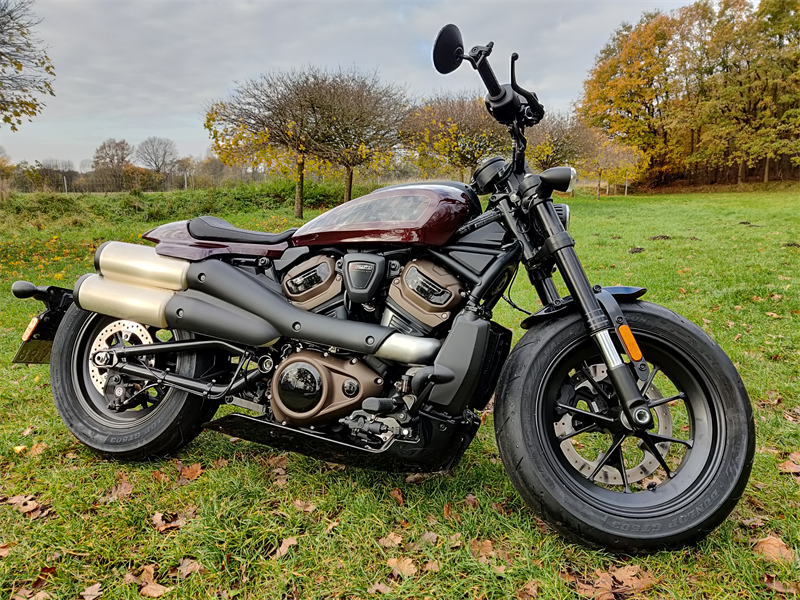 Photos: motorradtest.de
The new Harley Davidson Sportster S is intended to continue the success of the Sportster 1200 discontinued due to Euro 5. In addition, Harley has introduced some innovations that the Sportster S should transport into the new era. In addition to the water-cooled Revolution motor, this includes a lot of electronics. We did a test drive on the Sportster S and describe our impressions.

The optics of the new machine polarize much more strongly than the old one. There is an ultra-short rear, high-mounted and oven pipe-thick exhaust pipes, a really fat 160 slipper at the front (!) and a very far down mounted rear light / license plate holder fraction made of steel tube. The two-arm swingarm also uses a visually striking tubular steel frame, and there is a striking, horizontal headlight at the front. Don't spill, but block - that's how you could sum up the design of the new Sportster S.

The seat test is also conspicuously independent: You initially sit upright, but the front-mounted handlebar pulls your arms long when driving and ensures a forward-inclined sitting posture. "Sporty", we would normally say, were it not for the footpests, which are also located far forward. The legs must therefore be swenged upwards and forwards before starting the journey. Such a sitting posture is rare - and you have to like that. This may be problematic for longer stages, but for shorter rides it's kind of cool.

For the sake of completeness, it should be said that the Sportster S is delivered as standard as a solo seat without footpeaces. In the Harley accessories shop, there is a "sundowner" pillion seat and passenger footpeats, so that nothing stands in the way of the pleasure of two. 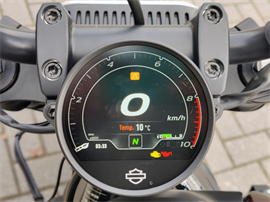 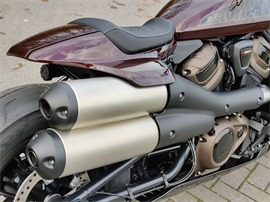 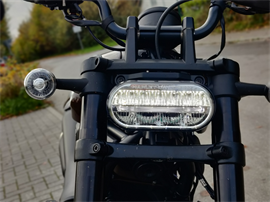 The new Sportster S has made the biggest leap in technology. This can be seen in the number of switches alone! On the right there are separate buttons for traction control, driving modes and the control of the MP3 player paired by mobile phone, on the left there is cruise control, menu D-pad and heated handle switch (see picture gallery above).

On board is a 6-axis IMU for controlling lean-angle traction control and cornering ABS, Ride by Wire, 5 driving modes (three preconfigured and two user modes) and a new color TFT display that Harley has fortunately integrated into a stylish round instrument. Optics: retro, technology: future. What you can't set here?! A lot, the operation is therefore not exactly easy, but that's the way it is with modern bikes.

The lighting is also modern: Full LED is the order of the day, which means that the turn signals also dispense with light bulbs. 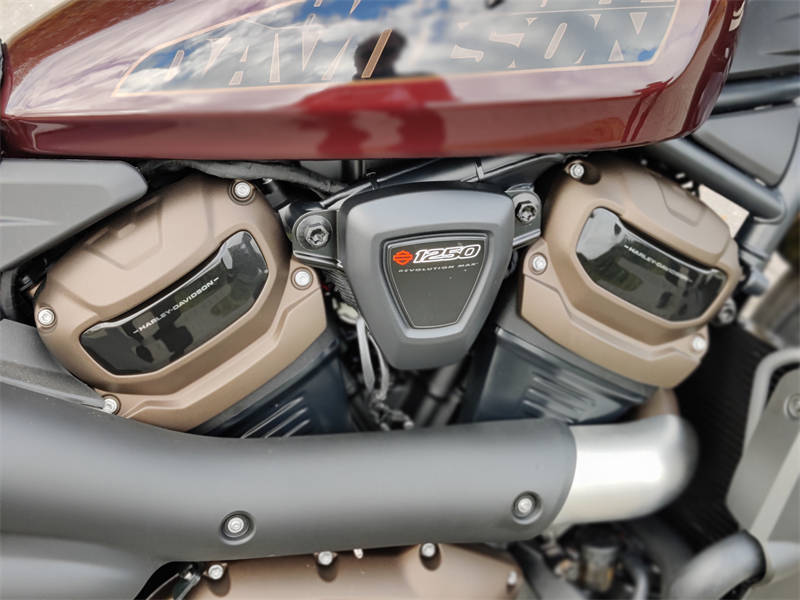 Then let's start the machine. The new Revolution engine, which we already know from PanAm, is used. However, here was mapped differently, so that now 125 Nm are available. Harley has given the engine the addition "T", which stands for "torque". The Sportster S engine does not have more torque than the PanAm, but it is already at 6,000 rpm. From our point of view, however, the high power of 122 hp is much more astonishing. For comparison: The 1200 Sportster still had 68 hp !!!
Of course, you can also notice this increase in performance when driving. The new Sportster S goes off like Schmidt's cat! Both acceleration and pull will conjure up the beads of sweat on the foreheads of many an "old" Harley rider. Here it is time to hold on. Especially the sprint from 60 to 100 km/h in less than 2.5 seconds is more than impressive.
Unfortunately, this does not apply to the sound. In our opinion, Harley could have managed it a bit bassier and dull, which is also a matter of taste. In any case, this is obviously also a point of criticism that many of our YouTube viewers have noticed and which is correspondingly often criticized.
The handling of the Sportster S is influenced by weight (228 kg), wheelbase (1.52 m) and the thick tyres at the front. Other testers attest to the bike's good-natured cornering behavior. Once it's in the corner, that's true, but the way there requires a little more emphasis than with other (normal) naked bikes. So the Harley is not a curve robber, but it is full on the road.
The chassis is a bit too hard for our taste. This is mainly due to the very short spring travel at the rear, which is only 51 mm. If you drive through a pothole, for example.B, it drives you in the back. Sure, a belt drive simply does not allow long spring travel due to its design, but this one is very short. On the other hand, we liked the brake at the front. Although there is only one single disc, the Sportster S brakes hard enough and can also be dosed well. The Brembo 4 piston pliers have surprisingly few problems with the machine's 228 kg. 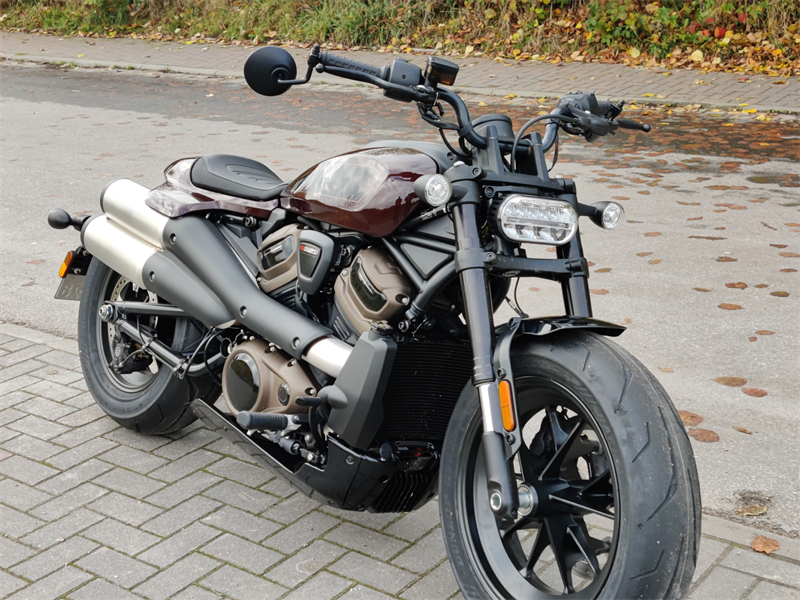 The new Sportster S is unmistakably a Harley Davidson. However, it is a NEW Harley that is not only visually polarized, but also technically so stuffed that one or the other purist will probably turn up his nose. Especially younger riders will be happy to be able to move a real Harley with so many bells and whistles.

We think it's good that the Sportster S comes along so independently and has corners and edges. It has character and is absolutely unmistakable. Nevertheless, we have selected competitors that are at least similar to the Sportster S: Indian FTR 1200 S and Honda CMX 1100 Rebel are still the most suitable.

The test bike was provided to us by Harley Davidson in Kiel. If you want to test drive them there: We recommend a round around the Westensee!

New registrations of the Sportster S

New registrations of the Sportster S