New edition of the 1,000-series cross-over athlete from BMW 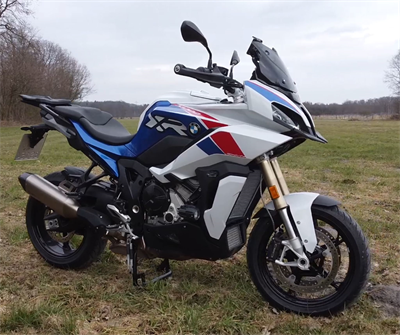 Photos: motorradtest.de
BMW has given the S1000XR an update. What has changed on the 2020 model compared to its predecessor? We have made a round and describe our impressions.

Rennsemmel in a touring dress

First of all, the S1000XR is based on the engine of the S1000RR super-sportsman. Even though BMW has turned the torque curve and the power a bit into the lower range, we are dealing with a sporty machine. Okay, the suspension geometry with 150mm travel as well as seat height, windshield etc. should suggest touring suitability, but who ever thinks to sit here on a cozy adventure bike, is wrong!
Compared to its predecessor, BMW has turned on many adjusting screws: engine, chassis, ergonomics and, of course, technology: nothing remained untouched. And yet the new S1000XR feels like the old one: a cross-over bike with a revolving four-cylinder engine that rejoices when you turn it around. In terms of performance, nothing has changed despite the Euro-5 update: 165 hp at 11,000 Umin and 114 Nm at 9,250 Umin. However, BMW has designed the gears four to six a little longer in favour of low speeds at the motorway stage. 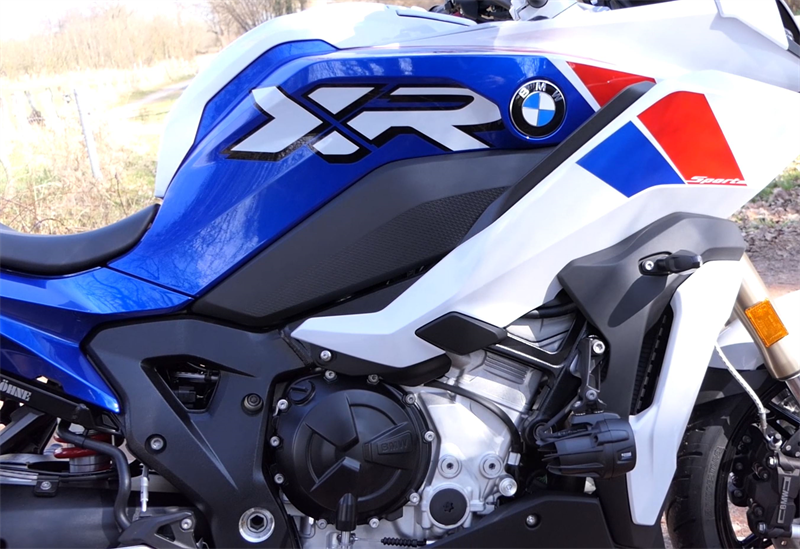 Also new is the better standard equipment. With the old XR you had to invest for almost everything additionally, with the new XR there is already a lot on board: TFT color display, connectivity to the smartphone, driving modes, e-gas, ESA chassis (!), engine slip control, dynamic traction control, adjustable windshield, full LED, integrated suitcase holders - all for just under 17,000 euros. Our more or less fully equipped machine is 22,000 euros.
The choice of colours would not be difficult for us: the white-blue-red "Style Sport" colour scheme would be preferred to the two alternatives of silver-grey and red. As is often the case with BMW, however, you can only get our desired colour in a package with additional equipment such as .B.dem Akrapovic exhaust and the low sports disc and therefore the whole thing costs 1,600 euros extra. 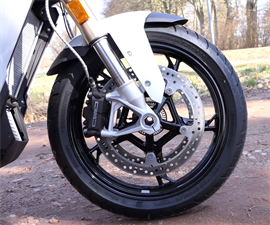 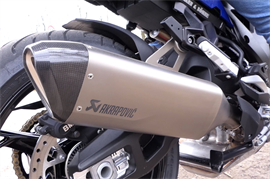 Technically, the BMW S1000XR now also offers everything that is currently available in assistance systems. The 6-axis IMU from Bosch checks the inclination, controls the front wheel and controls both traction control and the curve ABS. For details, please consult BMW's website, this would go too far.

We also find it worth mentioning the still small 17 inch front wheel, which emphasizes the sporty character of the XR. Due to the lower gyro forces, this machine can be placed a little more jagged in curves than "real" adventure bikes with 19 inches or even larger rims.

Operation, cockpit and control elements are no problem for all BMW changers. All buttons are sorted in a BMW-typical way and the display also works exactly as .B with a GS. In addition to Keyless Go (incl. small tank compartment) our machine also had LED auxiliary headlights, cornering light, tyre pressure control, cruise control and a quick shifter that works butter-soft on the S1000XR. Newcomers from other motorcycles have to get used to the many options of the menu, but after a short acclimatization time it works quite well. 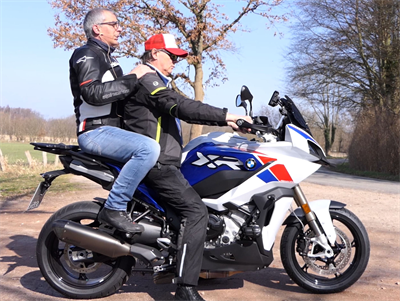 This is how she sits and drives herself

Then let's go. We sit up and first notice the rather deep seat trough, which on the one hand narrows you down a bit, but on the other hand also gives a nice "sitting in the machine" feeling. The passenger sits elevated and enjoys a surprising comfort for a cross-over machine, including easy-to-reach or tangible handles. The seat height of the driver can be adjusted between 790 or 840 mm - so fits perfectly for both smaller and larger people. Okay, engine on and off.
Magnificent sound, beautifully toxic if you like. The machine weighs 226 kg. This is neither much nor very little, but the S 1000 XR is so sweeping around the corners that it is only such a joy. It doesn't feel quite as confident as on a GS, but a whole corner more sporty. This is due not only to the sound but also to the engine, which willingly whips up and rewards the driver with a lot of adrenaline. From the very bottom, the XR doesn't press as hard as a 1250 boxer, but it's moving forward quickly. In the upper speed range, no eye stays dry and you suddenly think of yourself as a super athlete - only with a wider handlebar and a higher seat. By the way, the handlebars are not quite as wide as their predecessor, but they are still wide enough. 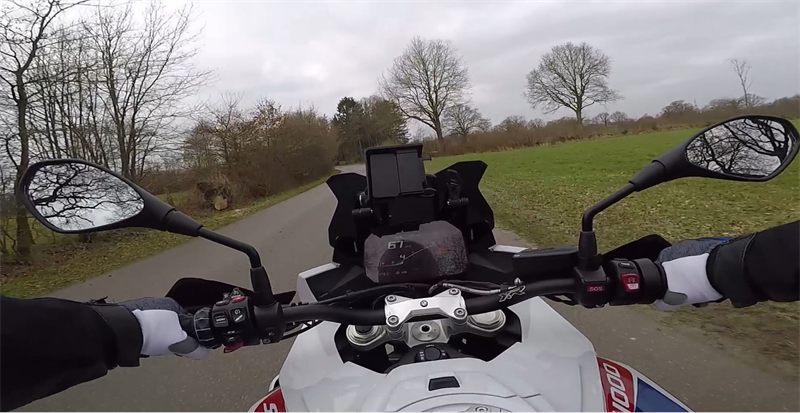 Surprisingly, unlike the RR, the XR doesn't have a Shiftcam valve control - for whatever reason! No matter, the engine works so dazzlingly and we have a lot of fun. The XR doesn't understand any fun when braking: The Brembos - if you let it matter - pack so bitingly that you almost get bad at emergency braking manoeuvres. Class!
The adjustable windshield also provides the best service on the XR, but only if you have the standard windshield. The smaller disc on our test machine takes the pressure off the upper body, but logically it doesn't get really quiet. Athletes are happy about it, touring riders simply take the normal large disc.

Man, we had fun with the XR! The standard electronically adjustable ESA suspension really irons everything smoothly and yet this bike still gives you the necessary feedback about the road condition for sporty driving. That's the biggest difference between XR and GS: The XR is always sporty on the road, even if the 4-cylinder can purr at least theoretically like a kitten, that's not what you want as a driver! Better to throttle and loseprint like a cheetah. GS on the other hand: Rather quiet as a lion.

Whether the sportiness of the XR has a lasting effect or rather annoys, every driver has to decide for himself. What is clear, however, is that it travels more pleasantly on a GS, because you drive rather relaxed and there is no constant driving jerking or chain care.

The test motorcycle was provided to us by Bergmann & Söhne Pinneberg. There she stands as a guide and is happy about every test driver.

New registrations of the S 1000 XR

New registrations of the S 1000 XR