MUSIC WAS MY FIRST LOVE 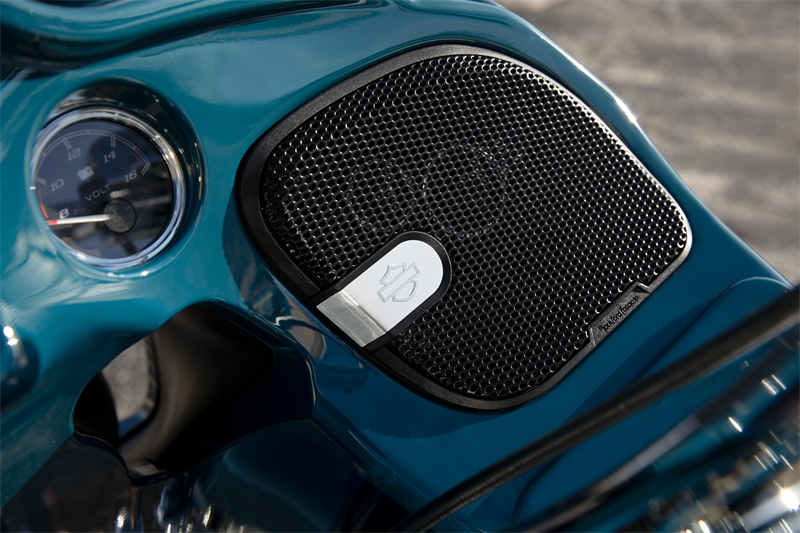 The Americans have always had a lot going on in terms of music: they not only gave the world rock 'n' roll, but also invented all kinds of equipment with which it can be reproduced in the highest quality. While some US automobiles could already be ordered with a radio in the era of the Charleston, the two-wheelers lasted until the beginning of the eighties of the last century. Harley-Davidson was one of the first providers to offer such a mobile pick-me-up as an option. Six years later – in 1986 – the radio became standard in the Electra Glide Classic models. Today, all Touring models equipped with Batwing or Sharknose trim are equipped with a radio – or rather, with a complex Boom! Box infotainment system capable of DAB reception with color touchscreen, navigation system, hands-free system, Bluetooth for the mobile phone and a number of other features.

In 2021, the Motor Company will even go one step further. Particularly advanced and powerful audio parts are available under the Harley-Davidson Audio powered by Rockford Fosgate label. Speakers and amplifiers come from the renowned US caraudio provider Rockford Fosgate, have been specially designed for the demanding location in Harley-Davidson motorcycles and offer an outstanding sound. The new, very compact amplifier with four times 100 watts per channel (RMS) at 2 ohms (RRP 648 Euro (zus. Installation kit required)) supplies four speaker systems from a side case and effortlessly achieves high volume levels when needed. Its high-tech electronic systems such as BME (Bass Management Enhancement) and M-DEQ (Motorcycle Dynamic EQ) ensure automatic sound control with powerful bass and brilliant treble in every driving situation, regardless of driving speed, wind, engine and rolling noise. Rockford Fosgate loudspeaker systems with robust injection moulding baskets for the woofers and elaborately designed crossover (RRP from 298 euros (zus. Installation kit required)). They are available as a two- and three-way system and, due to their dimensions, perfectly replace the existing speakers, so that the entire system can be integrated into the motorcycle without visual modification. On request, even two amplifiers and up to eight loudspeaker systems can be used. 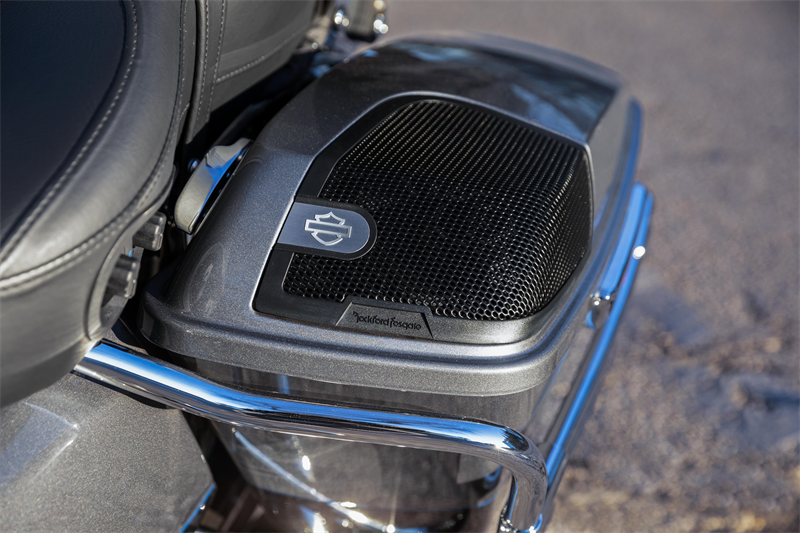 The components of Harley-Davidson Audio powered by Rockford Fosgate will be installed as standard on the CVO Street Glide and the CVO Road Glide in 2021 and can be retrofitted to numerous Touring models with Boom! Box infotainment system from 2014. Further information can be found on www.Harley-Davidson.com or at the nearest Harley-Davidson dealer.