Test of the new V2 naked bike from Bologna 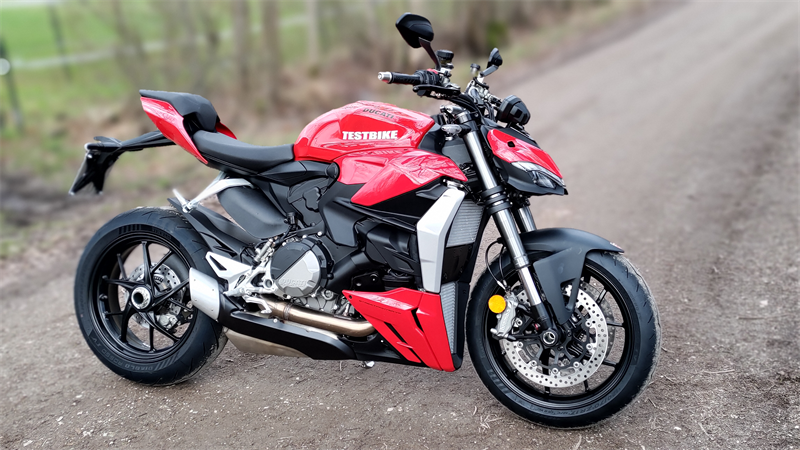 Photos: motorradtest.de
Is this still a Power-Nakedbike or already a Hyper-Naked? Ducati cleverly positions the new Streetfighter V2 between the Monster and the SF V4. A clever move, because not everyone wants to iron with over 200 hp on the country road. That the Streetfighter V2 can not be lumpen in terms of performance, we have been able to experience on country roads and highways. What a rocket!

This is how the Ducati Streetfighter V2 stands

The first impression of the Streetfighter V2 is - not surprisingly - close to the Streetfighter V4. Although the winglets are missing, you can, if desired, order them in the Ducati accessories. Also on the exhaust system and on the engine you can distinguish the two machines from each other. Otherwise, they look very similar, especially the "Joker face" in front is almost identical. The V2 stands there powerfully, sinewy, muscular and ready to jump.
Even when it comes to dimensions, weight and seat ergonomics, the two sisters don't do much for each other. With a seat height of 845 mm, the V2 is even 10 mm higher than the SF V4. The weight of the V2 is only 2 kilos higher with a full tank of 200 kg. The biggest difference between the two bikes is the engine - and the price: At 16,990 €, the V2 is 3,000 euros cheaper than the V4.
Comparison technical data Ducati Streetfighter V2 and V4 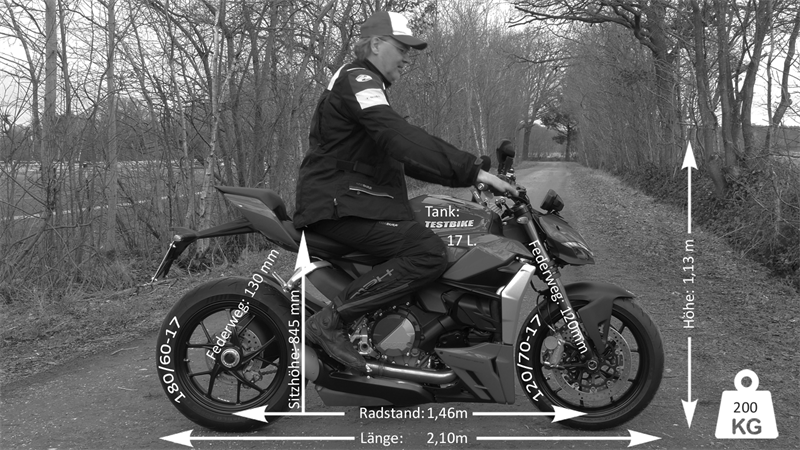 When sitting up, the comparison to the SF V4 comes up again. On both Ducati Streetfighters you sit almost the same. The handlebar is wide, but not quite as high as many other nakeds, so that you almost automatically take a sporty, forward-leaning and front-wheel-oriented seating position. Especially when driving over 100 km/h, this turns out to be pleasant, as you can brace yourself against the wind without any help. The footpegs are mounted relatively high, but not too far back. 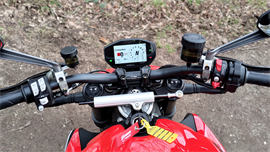 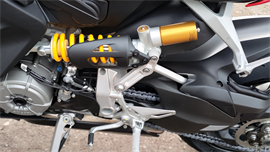 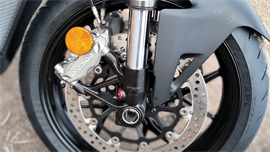 Technically, the V2 draws on the full: 6-axis IMU, lean-dependent traction control and cornering ABS are on board as standard as well as the super-fluffy QuickShifter. The cockpit houses a 4.3" color TFT, which displays a lot of information a bit small, but can be read very well. An EBC (Engine Brake Control) and a DWC (Ducati Wheelie Control) are also included at no extra charge.

The same applies to e-gas and the three driving modes Sport, Road and Wet. Operation is via only two buttons. Despite the enormous range of functions, the most important settings can be made almost intuitively, the operating instructions are not needed at any rate.

The Streetfighter V2 has a separate button for switching between the LED daytime running lights and the LED low beam. The turn signals have an automatic reset function and both from the front and from the rear we feel the lamp design as successful. 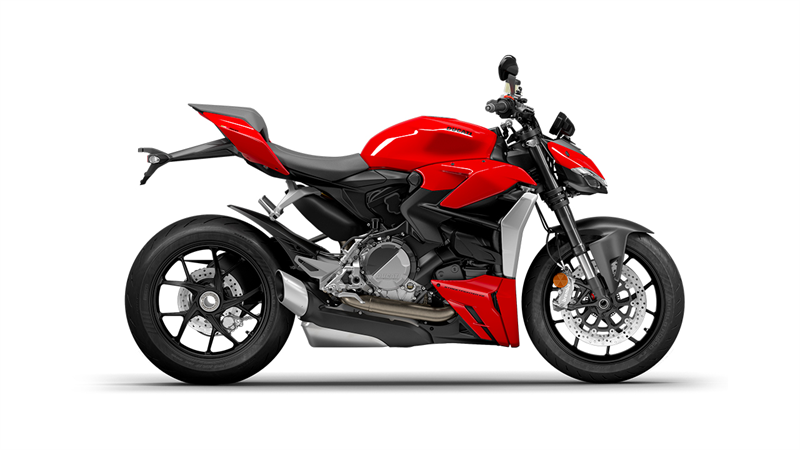 When starting, the V2 immediately shows where the hammer hangs. According to the motto "The deer roars" you believe the V2 the 102 dB stationary noise without any doubt! The V2 apparently also has a flap exhaust, which switches around 6,000 UMin again a low bass. Ducati disciples will be happy about this, motorcycle noise opponents will feel confirmed that motorcycles can be quite loud ...
Before we leave, we take a quick look around. Single-sided swingarm, super-finely milled and adjustable levers, monocoque aluminum frame and super beautiful 5-spoke rims delight the eye. Everything looks high-quality, except for the plastic engine covers - here the V4 has the nose a little further ahead. As tires, Ducati relies on the very good Pirelli Diablo Rosso 4 and the SF V2 also has an automatic tire calibration to offer. 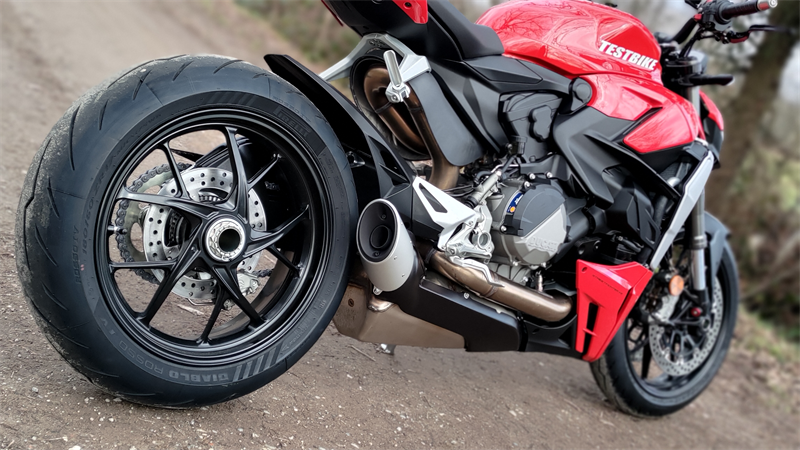 After the first few meters it becomes clear that the Streetfighter V2 has become a very agile bike. It lies down almost by itself in the curves and does not seem wobbly or nervous. Ducati has extended the single-sided swingarm by 16 mm compared to the Panigale V2, which benefits stability. The suspension is perfectly balanced with the fully adjustable Showa Big-Piston USD fork and the also fully adjustable Sachs strut. The machine is sporty tight without annoying. By the way, the seat is slightly softer than the Panigale V2, which is quite beneficial to seating comfort.
The braking system deserves special mention. The Brembo M4.32 front calipers are snappy, but thanks to other brake pads not quite as toxic as the Panigale. The V2 brakes extremely well and can be dosed just as well. And now to the engine: The L-V2 with 955 cc and desmodromic valve timing is pure Ducati! Wonderfully he bollert underneath, then he feels really comfortable from about 5,000 UMin. He willingly turns upwards and at 7,500 there is a real punch again. The 152 hp fire the Streetfighter almost effortlessly up to 240 km / h, which we could try on the highway (see video below).

Wow - Ducati puts a remarkable bike on the road with the Streetfighter V2. Anyone who has driven them once will certainly not forget this. Because of the V2, it reminded us a lot of the KTM 1290 Super Duke R. Other competitors include the BMW S1000R, Suzuki GSX-S 1000, Honda CB 1000 R and Yamaha MT-10.

The test bike was provided by Ducati Hamburg . There, the V2 and many other Ducati are available for test drives. Go ahead, you won't regret it. Ducati Desert X in the test