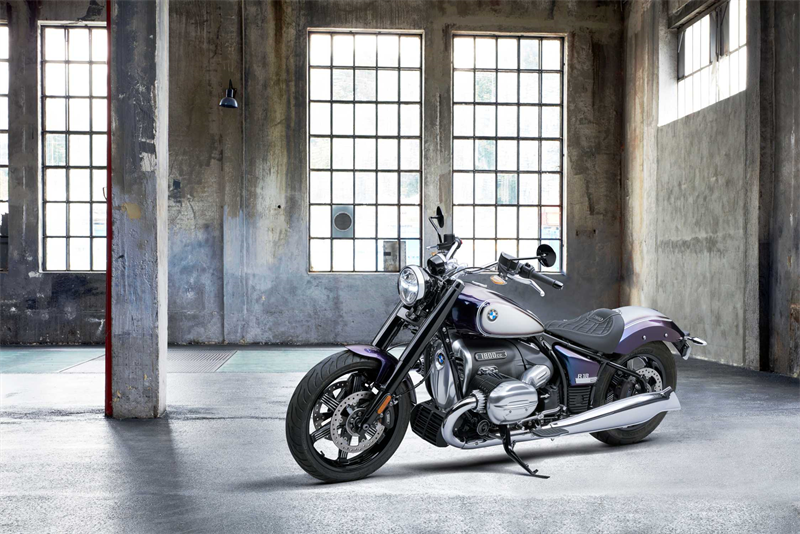 Already the previous range of optional equipment and the still growing range of original BMW Motorrad accessories parts offer many possibilities to design the R 18 and R 18 Classic individually and according to your own wishes. With the introduction of the 719 Parts option, BMW Motorrad is now re-energizing, enabling individualization with historical roots at the highest level. After all, the internal code "719" at BMW Motorrad stood decades ago for particularly high-quality and exclusive optional equipment, unusual special requests and individual pieces. The new 719 Parts option will be available from September 2021.

Option 719 Design Package AERO
The AERO 719 design package includes the cylinder head hoods on the left and right, the front cover and the intake snorkel cover on the left and right. All parts are made of aluminium sheet with brushed and colourless anodised surface. The cylinder head hoods adorn filigree air slits reminiscent of the streamliners of the 1920s and 1930s. The highlight is a plaque on front and side covers. It is made of solid copper, chrome-plated and partially laid out with white lacquer. The white lacquer, which envelops the sequence of digits "719", is reminiscent of historical emblems, which were laid out with enamel at the time.

Option 719 Bench
For the new R 18 and R 18 Classic, the 719 seat option is a particularly exclusive alternative to the standard bench. In addition to the standard seat height, it offers an integrated seat heating system and excites in terms of material selection and workmanship. Two black upper materials are used, combined with a diamond-shaped quilted embossing. An embroidered BMW lettering and the 719 symbol on the side complete the exclusive seating.

Option 719 Livery Galaxy Dust metallic/Titanium Silver 2 metallic
The color Galaxy Dust metallic is a flip-flop lacquer that shimmers violet to turquoise blue depending on the light. In addition, the many large effect pigments in sunlight produce an incomparable visual effect. This special lacquer is combined with a mirror in titanium silver 2 metallic on the tank. The transition between the two colour surfaces is illustrated by the smoke effect known by the legendary R 90 S, which is manually applied. In addition, a classic white double-lined bordering the mirror surface.

Option 719 wheels AERO and ICON
The two option 719 wheelsets AERO and ICON in the basic colours silver matt and black matt provide a particularly noble and technically demanding appearance. These are light metal casting wheels in a six-spoke design. A special eye-catcher is the over-milled filigree ribs of the spokes. The over-milled areas allow the aluminium thus processed to contrast in a fascinating contrast with the paint colour of the wheels – hence the name Contrast Cut.

R 18 and R 18 Classic: Successful market launch with first edition models
With the market launch of the R 18 in September 2020, BMW Motorrad entered the cruiser segment and in February 2021 the second member of the new model series followed with the R 18 Classic. The R 18 Classic embodies the nostalgic Tourer, which quotes the beginnings of the great touring cruisers. Compared to the very purist R 18, the R 18 Classic is characterised by the large windshield, the passenger seat, the saddlebags, the LED auxiliary headlights and the 16-inch front wheel.

Both R 18 models are in the tradition of historic BMW motorcycles. Technically as well as visually, they take the focus on famous models such as the BMW R 5 and bring the essentials of the motorcycle back into focus: purist, no-frills technology and the boxer engine as the epicentre of driving pleasure, combined with "Good Vibrations".

The very successful market launch of the BMW R 18 and the R 18 Classic took place with the First Edition models. As early as the end of July 2021, the production of these exclusive models, which are produced in limited quantities, will be finished after more than 13,000 units are still manufactured today.
Open
Close
Photo: BMW