Performance AND control: The Power-Naked from BMW shows how it works. 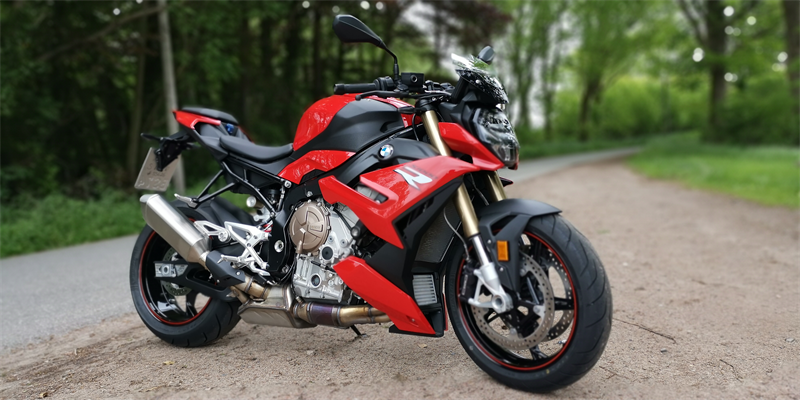 Photos: motorradtest.de
With the new BMW S1000R model year 2021, BMW deliberately refrains from increasing its performance. With 165 hp, the machine still delivers more than enough power, the changes compared to the predecessor are more likely to be found in the areas of chassis, equipment and electronics. We have tested the new S1000R extensively and describe here our driving impressions of the naked rocket from Munich.

There it is. You can recognize the new model immediately by the new lamp mask, all lights now shine with LED technology. The squat and stretched look has been retained, you can already guess at the sight that the mail is about to go off here. The S1000R is available in three colour variants, with the chic white-blue-red version in the "M package" also bringing forged wheels, Akrapovic sports silencers, sports seat and the recommended endurance chain - for an extra charge of 2,800 euros! If you order carbon wheels, you put another 2,100 euros on it - phew! 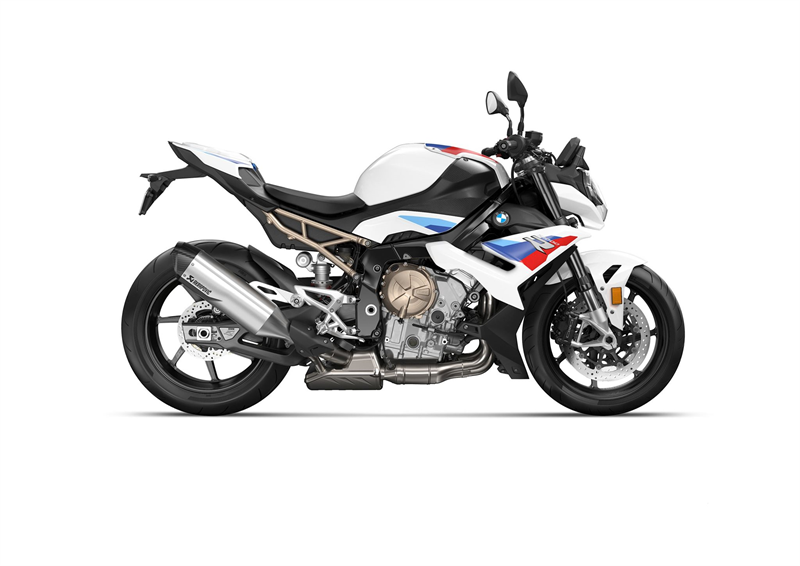 Naked and in red, the S1000R costs 14,740 euros. Compared to other power nakeds, this can almost be described as cheap. In addition to the LED light, three driving modes, the color TFT display smartphone connectivity and a 6-axis IMU for controlling ABS Pro and dynamic traction control are included in series production. Everything else is subject to a surcharge, e.B. the QuickShifter, the adaptive cornering light, RDC, keyless ride etc. Do you need all that? We think no, because even the naked and therefore cheap S1000R is a great bike.

The Shiftcam technology of the Doppel-R has been omitted by BMW, just like the S1000XR. The torque curve has been moved down a bit, so the S1000R has lard on its bread earlier than the RR. On top, of course, there is still one on the cap, so be careful when gassing!

The QuickShifter works just like the XR here by the way quite well and by far better than the Boxer models. When downshifting you need some pressure, but upwards is easy and buttery soft. BMW has either learned something new or the in-house "Shift Assistant Pro" simply works better with the 4-cylinder.

We already know the operation and the cockpit from various BMW models. The 6.5-inch matte display is anti-reflective and can be read very well. Depending on the wallet and equipment, the operation is medium to very complex. There are simply a lot of setting options that require a little training. The possibility of placing a navigation on the display via the BMW app is very successful. 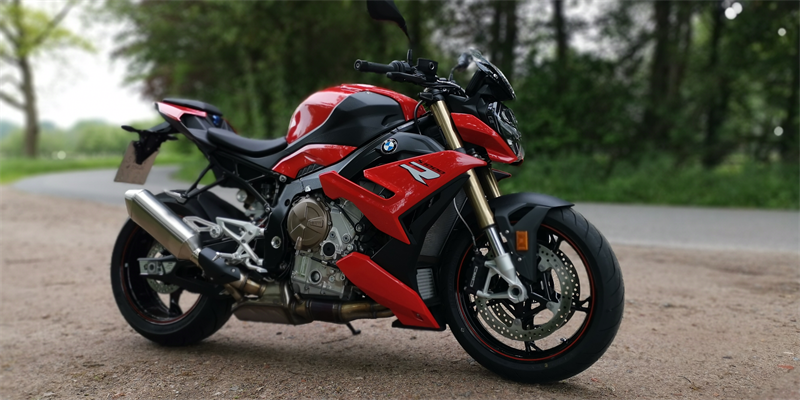 We leave the engine on and first hear what the Euro-5 exhaust system has to report. Actually sounds just as toxic as its predecessor. Wonderful, one suspects already in the stand, what will happen immediately. And then it happens: Step on the gas and have fun! The BMW S 1000 R is the perfect example of how we have reached the top in terms of performance. More than 165 hp is nonsense, because you can't get it on the road anyway. The S1000R looks perfectly balanced and controllable. She may be a PowerNaked, but she doesn't scare the driver. That's how it should be!


Brakes, transmission, clutch, workmanship, everything at its finest. The DDC suspension (electronically controlled) on our test bike is not needed on the country road, but it works splendidly. The machine lies confidently and precisely, but does not look bulky. It is easy to place in curves and gives good feedback on the road condition.
After three hours of driving, we have to return the test machine - a pity. The riding pleasure that naked bikes offer on the country road is simply second to none. Of course, only solo, because even with the BMW S1000R, pillion operation is actually only suitable for emergencies. It's not for nothing that this bike comes standard with a cover for the rear seat!

The S 1000 R is basically a double R, from which the fairing has been removed and the torque curve on country roads has been optimised. It is super sporty, which can be an disadvantage and a disadvantage at the same time. If you want to sit upright on your streetfighter, you are out of place here. If you are looking for proximity to the front wheel and asphalt, you will find it here!

In any case, we had tons of driving fun and did not feel overwhelmed despite the immense performance. This is exactly why you have to compliment BMW: Not all manufacturers succeed in putting such a grenade on the wheels for (almost) everyone. To anticipate misunderstandings: Of course, this motorcycle is not a beginner's machine!

The test machine was kindly provided by Bergmann & Söhne in Pinneberg - thank you!